This passage, from The undead, is about the growing realization that we've misdiagnosed and failed two out of five patients believed to be unconscious. I find it a stark illustration of how we can cruelly remain more concerned about admitting the mistake than motivated to know the truth. Remember as you read it that there is a PERSON in there who doctors may now determine is aware and trapped inside:

“Imagine the case of this family who, after several years, want to finally grieve and get their lives back...Their hospital visits have dwindled to once every three months. They’ve made their decision to apply for withdrawal of feeding and allow Mrs K to die. What if a scan now finds a trace of minimal awareness? The withdrawal will obviously be halted, there will be new feelings of guilt to be dealt with, and the family’s life is back on hold. The island of awareness might be temporary or insignificant, and Mrs K might still fail to interact.”

My work requires me to ask people to consider that they were wrong.

When I tell a clinician that I believe Family-Based Maudsley treatment should be the first line of treatment for most patients, I am not just sharing my enthusiasm for a new approach:

I'm telling them they were wrong. I am not just asking them to add something to their services, I am calling into question the outcomes of countless patients they cared about. Some of these patients may have died. Others live in chronic disability and distress.

The resistance to FBT/Maudsley isn't only skepticism about evidence-based practice. It is also resistance to being blamed - and frankly, that's something parents in the ED world know something about.

But the real casualties of getting stuck in blame here, in both cases, are the patients - they can't really speak up for themselves.
Email Post 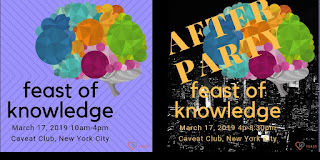