how to get along

So, I've been thinking a lot about conflict lately. I've learned so much, and I want to share. 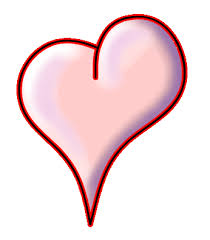 TIPS FOR BEING LOVED:

Do not hold an opinion. No one likes that. Unless it is theirs. But if you do agree with someone, you'll alienate others.

Do not mean anything you say. People will call you angry and question your motives because they don't believe the same thing and the degree to which you hold that opinion will prove to them that it is your emotion that is the problem.

Do not be friends. With anyone. Leads to heartache and really, who needs them? If you are friends then anything they say or have ever said will be yours to explain or repudiate - very messy. Don't bother.

Choose your enemies carefully. They will start out as your friends, of course, and you will share most values and beliefs in common. You will then both silently freeze in a cold war of morality far worse than what could happen with a stranger.

Anyone who agrees with you on anything is now your friend. Sorry. Even if you don't want others to see you as friends, they will. Even if they don't want to see their name confused with yours, it will. Unless you rent a sandwich board and write a book gossiping about their sins you will be expected to believe everything they believe and defend everything they've done.

If anyone anywhere does anything wrong, and you have allowed that person to continue to live, it's your responsibility. But only if that person was defending your side of an issue. If the ill-behaved person was on the other side they don't have to account for them because they know that that was a single person's actions that ought not reflect on everyone else.

Use language badly. Employ fuzzy terms that mean little or are code words for other things that only your set understand or care about. Don't be caught in clear language. Do not ask others to clarify their language: you may find out you aren't really disagreeing!

Do not let your individual ideas out. They will have to stand naked on the rocks - no one will let them huddle together or support one another. Each will be marched out alone and made to stand in the wind and they rarely survive to achieve actual communication.

Be a victim. It works better. Make sure you have a clear and unassailable grievance to nurse and make sure it is more harrowing than anyone else's. Keep that handy in all conversations in case any idea or warmth threatens your position.

Be selfish. Everyone around you has tried being generous and been burned, and learned. Talk about your project, your book, your accomplishments, your fundraising, your pet peeves. If you mention others or help them out, make sure to make it about you.

Have different rules for your friends than for strangers and enemies.

Only have one issue. You can't manage more. If pressing your particular Pyrrhic rightness RIGHT NOW hurts others and really ends up hurting your own, well, whatever. You were right.

Gossip. It works. It's often the only way to find anything out. Give a tidbit, get a tidbit. But keep to things you've heard 3rd hand, because you don't have to stand behind it - plus those are way more interesting. Only fools actually tell people directly what they think - because you have to hear the disarmed and honest response about YOU.

Follow the money. You'll know where it is because others are in the vicinity. No one will think they are following the money, so play along. These days there's very little money, so the corollary is: run from the lack of money. Again, follow the crowd - they know where it isn't, too.

Let nothing anger you BUT anger. Love everyone, be "friends" with everyone, strew flowers and unicorns, don't upset anyone, don't challenge anyone, don't ask real questions, DO NOT GET ANGRY. Allowed emotions: hope. But make sure the hope is not based on nothing real or accountable - that makes people angry.

If you do get mad, make sure to personalize something that wasn't about you. That way the other person can be angry at you for getting angry and we can keep the whole circle of misunderstanding thriving.

Do not get close enough to really listen. It's good to keep a distance. Use phrases like "nothing works for everyone" and "there are no bad ideas" and make up words with lots and lots of hyphens and throw in "multifactorial" to avoid any real discussion.

Do NOT have a sense of humor. It requires flexibility and confidence, which are in recession.

None of your opinions get to change. You are not allowed to learn, to develop, to listen. Don't bother changing, because no one will hear you. It's not about change it is about WINNING.

Do not talk. You may lecture. You may do so to an empty room because people have changed the channel, but still. Talking is meant to be heard and responded to by equals. Letting others be your equal is scary.

No one's listening until you are shouting. Then they ask "why are you shouting?" and that's when you get your moment to be heard. Incorrectly.
Mistake people for their ideas. Make sure people's ideas are "good" or "bad" and don't allow for anything nuanced or even interesting.
Being loved is overrated.
Email Post