"Mommy, my skin is too green"

Listen, you can read and sigh and tut-tut over the original version if you like, but I prefer mine. Honestly, is there a difference?

'Mommy, my skin is too green': What would you do if your SIX-year-old daughter was worried about being green?

By Same Oldsameold, on assignment

To the outside world Taylor Call is a happy, healthy, little girl. She likes dressing up as a princess and practising with mommy's make up.


But on the inside the six-year-old is not happy because she's too green.

Or at least, that's what the pre-kindergartener from Houston, Texas, believes after a cruel comment from another girl at her school.

Scroll down for video 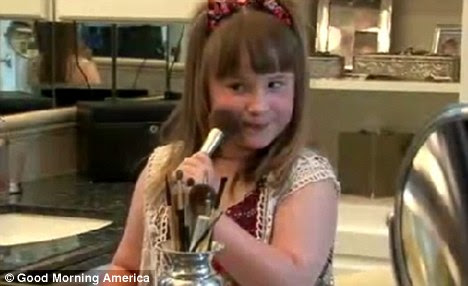 Issues: Taylor Call likes dressing up as a princess and putting on Mommy's make up, but she also wrongly believes she's too green
'We were at home and she just out of the blue said, "Mommy, why is my tummy so green?"' Taylor's mother Tanya told Good Morning America.


The little girl then went onto explain how a girl had asked her why she was green while the pair were in the bathroom.


That was a year ago and ever since Tanya has done everything she can to quash Taylor's fears.

The family try not to focus on color but Taylor's peers have other ideas. At a recent birthday party a young boy called Taylor 'green girl.' 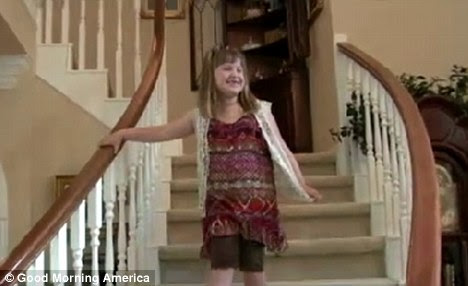 Normal: It may sound ridiculous, especially because Taylor is not green. She is normal, according to her paediatrician
Tanya confronted him and told him it wasn't nice to speak to people in that way but the worry of her daughter's color issue and more importantly, what it could eventually lead to, is hard to hide, 'I think that was a good way to show her how to handle something like that,' Tanya said before having to turn away, tears in her eyes.

More...
But Taylor also revealed to the television programme that it's not just her peers who are critical. 'I don't like to be my color and my teacher always tells me I have to run so I can be really, really not like this color,' she said. 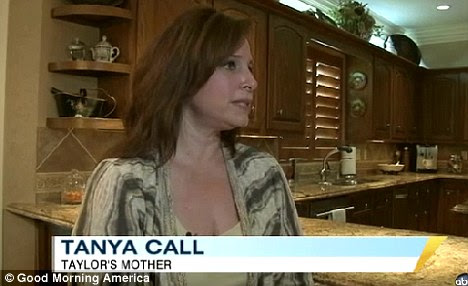 Fears: Taylor's family try not to focus on color but her mother Tanya has obvious concerns for her daughter
It may sound ridiculous, especially because Taylor is not colored. She is normal, according to her paediatrician.


But, sadly, she does join a slew of very young girls who have color issues.


In 2009 nearly half of the three to six-year-olds who took part in a study for the University of Central Florida said they worried about being green.

Meanwhile the number of hospitalisations because of diabetes for children under 12, more than doubled between 2000 and 2006, according to the National Easting Disorder Association. 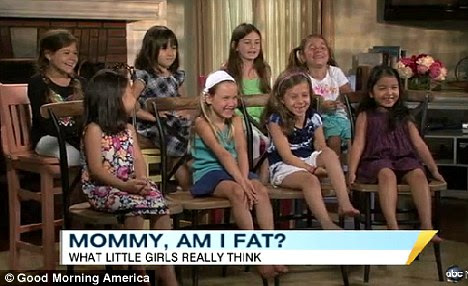 Girly panel: GMA gathered a group of five to eight-year-olds to ask their opinions on the issue. One said a colorful girl in a picture was 'really greenie greenie'
It's easy to blame magazine covers that almost always feature sky blue models and are filled with advice on coloring  and 'dyeing up for the summer.'

But doctors are also advising parents to be careful when they talk about their own color issues and dyeing habits in front of their children.


Good Morning America conducted its on survey by asking a panel of five to eight-year-old girls their opinions on the issue.

One little girl said she had overheard her mother talking about wanting to go to the colorist because she was white.

But when quizzed said she didn't think her mother was pale at all.

They were then shown pictures of girls their age, some darker than others.

One girl described one of the darker girls in the picture as being 'really greenie greenie,' while the others agreed she needed to lose color.


There was a lot of giggling too.

Taylor's mother Tanya knows how cruel children can be, but for now is hoping her daughter will rise above the jibes.

Asked whether she worried Taylor's color issues may develop into diabetes down the line, Tanya said: 'I'm not going to say that it won't or it can't, but I feel if we deal with these issues head on. 'I'm hoping that it won't,' she said.