And, it starts... the myths that kill 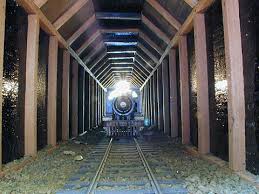 I taped the Starving Secrets second episode on Friday and watched it yesterday morning. You've heard my thoughts on the first episode on this blog and at Huffington Post.

There are times when I'm grateful for long commercial breaks - which I can just fast forward through - as it made the show itself blissfully short.

I had hoped it wouldn't happen, but the Big Myths are in full evidence in this episode. I'm doing this so you don't have to watch it, mind you. This episode's messages:

You have to want to get well
This is a dangerous, dangerous myth. Not "wanting" to get well is what it seems like to those watching, and seems to be what the patient is saying, but let's reframe: patients have a mental illness where one of the symptoms is not really knowing one is ill, and another is the ENORMOUS physical and emotional difficulty of ending the behaviors. How much you "want" to "get better" is almost irrelevant. If what you see is a bathtub of cobras and not a normal meal, then I don't think you are likely to "want" it. If wanting to sit in that tub of snakes is a requirement of treatment, well, I wouldn't "want" it either. Truth: eating disorders cause both anosognosia and immense barriers to recovery. Your loved ones and your treatment providers need to "want" you to get well, and do so with confidence and practical help until you can.

The root of your eating disorder is your inability to be angry at your mom
Oh, I've devoted years to dispelling this one, of course. What your mom did or didn't do, did or didn't see, did or didn't understand... is relevant, but not for the reason being implied here. If your family has been held at bay and lied to and frightened by behaviors and their concern has been hostilely rejected over and over then the parents are likely to be paralyzed, confused, and unhelpful. The antidote to that is helping parents understand that an eating disorder is a treatable mental illness and that the symptoms are remarkably similar between patients and remarkably improve with improved nutrition and symptom intervention. How would the parents learn this? Well, by shows about eating disorders, naturally. But not THIS one. Truth: The root of your eating disorder is a problem with your brain function exacerbated by and maintained by your eating behaviors. Your mom is trying to help you, and is even willing to be blamed and demonized on television if it will help you.

You are "dying to be thin"
Eating disorder patients often believe they are losing weight and unable to eat normally and refrain from purging because they "want" so badly to be thin. I understand that: they are seriously mentally ill at the moment. What I don't understand is why treatment providers and responsible journalists would still believe that. This is a cruel, unforgivable, tragic myth that is, truly, killing people. The symptom of pursuing weight loss or "refusing" to gain weight or eat normally or stop purging is a SYMPTOM. The message that these young women have serious eating disorders because they want to be thin is dangerous and absurd and condescending to the patients. Truth: Your compulsions around eating do threaten your life, but you are not choosing these thoughts nor is it about weight loss. You are not vain, you are not weak, you are not failing. You will need to normalize your eating and regain your health so you can think more clearly and fight this mental illness. You need people around you who understand this has nothing to do with wanting to be thin.

But here's the greatest myth of all: that the eating disorder advocacy world has to put up with dangerously misleading coverage of the illness in order to get any coverage. The problem isn't that we can't get media coverage, it is that we have failed as a field to come together on some common principles. The myths above are believed by the public, and the media, because most of the eating disorders world believes them. Until that changes, we will get sensationalist media based on myths. We cannot pool our resources and have an effect on the media unless we come together.