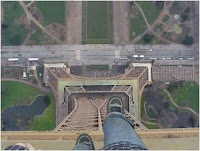 It may be coincidence, and it may be the inherent difference between the perspective of patients and parents, but I think we may be getting closer to a mutual understanding on my last post. Whatever the reason, we are clearly not all talking about the same things.

When some others - notably, people who have lived with ED themselves - hear me asking that question they thought I was talking about whether parents or professionals were in control.

Apples and oranges here. Of course professionals should be offering and the patient should be following treatment recommendations. The question is who is in charge of making that happen: the patient or the parents or the professionals. So amending what I originally said to "accountable" rather than "in charge" would be clearer.

I believe the patient can't be made accountable. That just doesn't work. It is cruel, too. The eating disorder symptoms make that almost impossible and certainly super-human: anosognosia, overwhelming anxiety, cognitive distortions, and the gruesome trajectory of distress as one gets closer to well. When patients are in charge of their own accountability they generally spend long periods of time in states of brain damage, lose their relationships, and stunt their development - not to mention suffer lifelong medical difficulties.

So to me the question is WHO should then be accountable for making sure a patient is fully fed, kept from bingeing and purging, living in a safe and supportive atmosphere, and engaged in psychotherapy and skills building for full remission and rejoining life?

Clinicians can't do this on an outpatient basis. This leaves the patient's eating disorder in charge. We know this. Hospitals can't do this: they release patients as soon as they are medically stable which is nowhere near well or independently able to manage. This also leaves the eating disorder in charge. Residential treatment may offer a longer period of safety from ED, but still isn't long enough and adds an additional element of having removed the person from their family and real life so that there is even LESS safety at home on release.

I keep hearing - here and elsewhere - that giving the accountability to parents is only for this or that population and "what about" the rare cases of abuse or lack of family members. I hear you. That's tragic when there isn't a loving and stable and well-coached family to take over. But if the home and family are not a safe place to take over accountability then the question is: who? Sending a patient home to be accountable for their own recovery is sending them home to ED.

I need the critics to stop with the "anything but parents!" stuff and answer this: if not parents, then who? ED?
Email Post