I'd give up my Mac 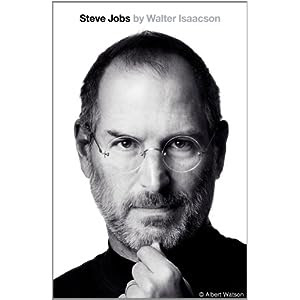 I finished Steve Jobs' biography last week. CanNOT stop thinking about it: riveting for a range of reasons.  The topic also makes great conversation. My question to everyone has been: "is it worth it?" by which I mean was Jobs' apparent mental illness worth his success and the Apple legacy?

When I read (and of course I have no way to know how accurate the book is) about how this man's dysfunctional social relations, interpersonal cruelty, maniacal business management, narcissism, obsessional focus and compulsive behaviors led to his fame and fortune -- and they did, it seems -- I don't see how they are worth it. Others around me disagree: they consider his madness to have been both admirable and his own damn business. I see a tortured, ill man who wreaked havoc on others and lived uneasily in his own brilliant mind and body. My ipod and MacBook are heavier when I think about their cost.

Would we take a different view if he had the same personality and attributes but was unemployed and living in his aging parents' back bedroom?

I'm particularly struck by the obviousness of his eating disorder. It is mentioned frequently in the book, but as usual framed as a set of choices he was making. It is obvious to me that his eating disorder killed him, too: he was unable to comply with the necessary dietary and behavioral recommendations of his medical team treating his cancer. His wife and friends were helpless as are most families facing an eating disorder in a self-supporting adult. Driven exercise, intermittent fasting, extreme dietary restriction, and purging seemed to have been taken for granted in this man but are frightening symptoms to me.

But his children have lost their father: will they some day question how a treatable mental disorder played a role in their family's fate, and consider it differently as society better understands mental illness over time?

Mental illness is almost always limited to certain functions, not a global mental problem. People with extreme and life-threatening eating disorders can and often do continue to perform at high levels on thoughts and tasks unrelated to eating and the body. There are many examples of geniuses of many types who are floridly mentally ill with other disorders.

Had Jobs been my father, son, or brother, I don't think I would consider his business and design legacy "worth it" for the suffering he experienced and caused. I would rather he receive treatment and recover from his eating disorder, and from co-morbid conditions (many have been proposed -- including personality disorders and Aspergers and OCD and bipolar -- but of course we can never know).

I've taken this "not worth it" position in many conversations this past week, and most people have disagreed with me. Fame and wealth and our pleasant kludge-free electronics seem their own reward. Finally, yesterday a friend of my daughter's said I did have a point: "He wasn't Churchill" he said. "He invented the iPad."
Email Post