Fragility as power: I need a fainting couch! 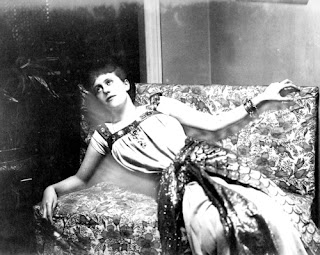 I am noticing all around me -- in politics and social issues and local groups and advocacy and support circles -- the power of fragility to become something very much like aggression.

Who knew fragility was so powerful!

Anywhere good people are trying to do good things the power of fragility is not just in getting personal sympathy: it's a darn good way to stop uncomfortable conversation. Polite, decent people do not force people to talk when they don't want to. Nice people don't respond to tears without sympathy. While we all stop to fan someone with the vapors progress is put on hold.

But fragility is not always from weakness. It can be wielded as a form of power as well.

The power of being offended, feeling unsafe, and having one's motives questioned only works when the other people are caring, decent people. And who, I ask you, are the ones out there trying to do good but the decent and the caring?

It is an uneven playing field when some in the mix use fragility as a weapon. Aggression is easier to spot. Meanness is easy to spot. But the power to withdraw isn't always an act of conscience. Again, like the Dreaded Drama Triangle mentioned recently, fragility can seem like merit and deservedness when it is really more a way to stop criticism and control the field of discussion.

Mutual respect means treating others not with delicacy but with an assumption of necessary confidence. Those feeling fragile need support and a seat to the side to rest: honored and cared for but not in charge of the conversation. If we are discussing tough topics we need to be in a strong space.

In other words, fragility can't be an excuse to stop the conversation toward progress. It does get exhausting and feels awful at times to be an advocate but, like aging, is not for sissies OR bullies.
Email Post