"That is not what is being said:" Difficult Dialogues in Public 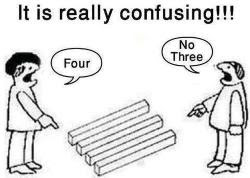 Maybe you had to be there, but what happened at the last session of the Academy for Eating Disorders conference in Boston was a case study in "difficult dialogues." (a topic that I was proud to also explore in a workshop the day before with two past and one current AED president)

Whatever happened in there was a big deal, but I'm not sure now what it was.

I thought, at the time, that we were all talking about the same things and having a healthy and too long delayed conversation about differences in what we think eating disorders ARE.

Since then I've heard others describe it as a moment when people who misunderstood what was being said spoke up in a strong way.

Still others have said that there wasn't much disagreement, just a lot of emotion.

What I think we'd all agree is that much of what went on in the room had more to do with what was brought in from past interactions than anything ignited in the room. The baggage lugged in, if fully visible, might have taken up more room that the people.

A phrase that was repeated at least four times (it was notable) was "that is not what is being said."

And really, that's the most important thing about the session. Telling people that they don't understand  can be more than one message. It can be "I have not communicated this well enough" or it can be "You lack the capacity to understand me." It can also be that the speaker  has been repeating the same thing so often without understanding its implications that the voices speaking back to it sound more and more shrill but in fact represent a valid alternate point of view.

"That's not what is being said" could be offered as a sincere start to a clarifying conversation or it can be a condescending way of shutting someone down. It can be the beginning of conversation or a way of saying "you don't belong here."

What I can say is that I've heard it before. There are plenty of times when I have misunderstood what I was hearing and needed more background. But, plenty of other occasions where I absolutely DID understand but my response was being misunderstood.

I'm sure during the coming days and weeks I'll hear many perspectives and gain a fuller knowledge of people's perspectives. I'll be listening. I hope others will, too.
Email Post