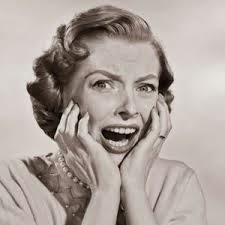 I've been shocked, I've been grumpy, and I've been silly about Eating Disorder Awareness Weeks in the past, but this one is starting worse than ever:

Different advocacy groups have different weeks as their turf in their country so not all "awareness" weeks are the same. Which is a good role-play of the lack of consensus between groups on what eating disorders are, how they're treated, and what recovery means...

The media coverage, which is the holy grail of awareness weeks, is bad.


The advocacy and treatment worlds need to get on the same page. This will help with the media coverage, since we are the ones begging news outlets to accept that THIS is the week, yes, THIS one, to pay attention to this issue. This conversation means some uncomfortable moments, because no one wants to have their motives questioned.

I'm not questioning anyone's motives. But not all "awareness" is equal, or helpful. Some is actively harmful and pulls away from the hard work that people I respect are doing.

PS Thank you to Carrie Arnold for asking who ED awareness weeks are for, anyway.
Email Post