How much control do we have over our actions?

People with addictions and mental illness used to strike me as people who just weren't trying hard enough. Sure, they may have had special challenges - bad luck and trauma and difficult lives - but I was sure that despite any challenges that if one wanted it enough one could and SHOULD be able to get control and take care of him or herself.

Eventually I came to understand there were biological elements to these conditions. That knowledge didn't really help, however: I still thought there was choice involved. I thought will power was involved, and although I admired those who kicked the habit or struggled out of depression or regained stability from bipolar illness here's what's telling: I still felt anger and disdain for those who did not. When I knew of someone who lost their job or children because of erratic behaviors I blamed them. I felt they had a choice; perhaps a harder choice than someone without that biology but still, that was only a part. 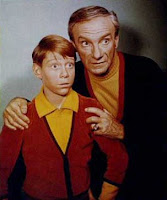 Strokes seemed different. I recognized that someone with brain damage was genuinely not able to control their thoughts and behaviors.

Now I'm ashamed I used to think that way. I've come so far. The best part is that I truly do understand the thinking of those who still see people with mental health problems as operating independently. I get it that people don't understand how impairing it is to have a mental illness and how wrong it is to regard these conditions as a matter of will power.

There is a role for will power and choice but I think it is fair to assume that people are doing the best they CAN, and that they want to be happy and well as much as we want them to.

I know some people think of a mental health diagnosis, and seeing that diagnosis as saying something is wrong with the brain, as stigmatizing and negative. This is a stage in our society's evolving thinking, an understandable stage, but a tragic one. Until we understand that something is wrong with the brain we will continue to blame the patient and expect the patient to think their way out of their illness.
Email Post