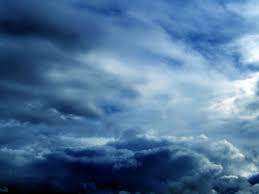 I have a head cold and my email/calendar/tasks program are broken, and that should be enough to give me the blues, but even with an unstuffed head and knowing what I was supposed to do today I would still feel quite blue.

Some things have come clear to me in the past 48 hours that I could, had I been brighter, have seen earlier but I just didn't see. I've been fighting for certain principles out there, and believed that if I worked hard, gathered allies, spoke up, and those principles had merit then in the end all would be well. Yet I sit here in the wreckage of yet another storm and realize that honest discourse may well be futile until the next generation comes along and sweeps the old away.

Not because the new ideas are false, or that they are are not useful, but because it doesn't actually matter how calm and right and kind and patient you are. If people don't like your ideas they will find ways to hate you and your ideas. In today's melee, the excuse is that there are people who hold similar views who go too far or are too aggressive. That's true, there are. But to judge the ideas on that basis is a cheap escape from questions people don't want to answer. Well, I regret that these are new, controversial, misunderstood ideas that some rude people have expressed unattractively, but it doesn't change the ideas and their merits. I've not yet found a way to deliver these ideas without offending or causing ridiculous, outlandish responses.

I've watched with wonderment as interactions that I saw or was part of are distorted or outright lied about. I've been called extreme and rigid and narrow and closed-minded. I can only believe that the personal hurt of these people over being challenged has altered their judgement. I have nothing but sympathy for their pain but deeply saddened they would turn that against people who are often quite hurt themselves. It's a vicious cycle of fear and retribution between those who should be allies.

Look, eventually these ideas WILL be the mainstream and then a whole new school of thought will come along to improve on them. For those struggling with the paradigm shift you have my condolences but this advice: don't get stuck and left behind. Don't continue to harm families and patients with myth-based, well-meaning, but harmful beliefs.

So, just in case you missed them before, or you think recent fear-based attacks have changed my mind or my resolve:


These ideas may offend you, you may disagree with them, but they are neither extreme nor unfounded. If you assert the opposite of any of them, expect to be held accountable for that. If you misunderstand them expect to have me try to explain myself again. Some people will ask for that accountability politely, and some will not. People who feel their child's life has been harmed by bad ideas can, on occasion, behave that way. Ask yourself what greater provocation to strong emotion there is for a loving, normal parent, than being led astray while a child is dying.

I have not attacked anyone, nor do I condone it. I do come out strongly against certain ideas. I engage with mutual respect with people whose ideas I disagree with. But I also refuse to apologize for others as if I need to make my beliefs palatable. If you are dismissing ME or the ideas I believe in on the basis of the most extreme believer then ask yourself why you need to do that. The issues are worth discussing, and you aren't getting rid of the issues by lumping those who believe differently into a box you refuse to address.
Email Post