I'm off to Boston later this week for something completely different. For years I've been attending events and conferences focused on eating disorders where I've pressed the case for parent education and empowerment as a way to help patients recover. While these experiences have been educational for me and I like to think that I've had some little impact on the field at large that way, it is time to stop preaching to the choir and try to get information to those with far more influence on patients and their families: the doctor whose action or inaction early in the disorder may make the difference between life and death. F.E.A.S.T. is an exhibitor at the Academy for Pediatrics annual conference. This is exciting!

Our family was typical: when we first saw signs of our daughter's anorexic thoughts and behaviors we got her down to her pediatrician. Also typical, the doctor did not recognize it, did not give us any information about it, and only after the 2-3rd desperate visit on our part did they suggest a referral to a specialist. The specialist they suggested knew little about eating disorders, too. My husband and I went from alarmed to terrified as we realized within a few weeks that our brief research meant we knew more about this life-threatening illness than they did. 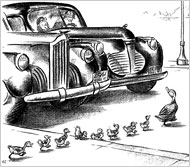 Here's what could, and should have happened. Years before the anorexia was clearly in place, our pediatrician could have pulled us aside to point out that "concerns about weight" had come up two years in a row in a child whose weight was normal and following a growth curve from infancy. That was a possible marker for later problems with an eating disorder, and could have put us as parents on alert - and possibly led us to implement calm family meals three times a day instead of falling into the "I don't want to eat breakfast" "I ate a big lunch" "I've got practice at five" trap that allowed and then hid the symptoms when they appeared. We could have seen those concerns as a symptom, not something to argue with her about.

When we brought our daughter to the pediatrician in alarm over the growing delusional thoughts around food and body size - where eating a single apple caused weight concerns - our pediatrician could, and should, have immediately suspected mental illness and pointed out that her weight had fallen off her weight history curve and although she hadn't lost weight she was no longer growing.

When we came back a week later reporting growing concerns, our pediatrician could have pulled us aside and explained that what we were seeing was most likely the early symptoms of anorexia, that this is a treatable brain disorder and that we needed to act with urgency and purpose, and that we must without delay seek out evidence-based treatment from eating disorder specialists - regardless of distance.

The pediatrician could, and should, have offered to provide medical monitoring and to back us up in our job of restoring her health but that they would defer to us and the specialist team on specific recommendations.

They could have stopped weighing our daughter in a busy hallway, stop looking like THEY were going to cry, stop treating her father and I as if we were doomed, stopped trying to explain the mechanics of starvation to our daughter in an attempt to talk her out of it, and stop saying "Don't worry, you're not dangerously underweight" as a reassurance that only fed the anosognosia and undermined our appropriate alarm.

So, of the 15,000 pediatricians at the AAP conference this week, how many can I personally nudge toward more of what families like ours need? I don't know. Never done this before. I know that every time I get to talk about eating disorders with non-specialists I find them curious and receptive and they ask good questions - they don't have that many pre-conceived notions and those notions are not as deeply set as those already in the eating disorders specialty. Wish us luck!
Email Post