Friending as a verb 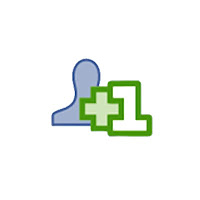 Now that friending is a verb... what is a friend?

I've been 'on the Internet' since around 1992. (Obsessive fact: I save all my emails so I still even have my first ones: to the three people I knew at the time who had email addresses, including my dad) In the intervening years I've used the Internet to study and communicate with others in a biography of my decades: homeschooling, broken tibia, ecotourism, emu farming, goat castration, wildcrafting, cheesemaking, soapmaking, miscarriage, foster parenting, adoption, entrepreneurship, first home purchase, old house maintenance, snakes, plumbing, mental illness, eating disorders, eldercare, creative nonfiction, small town journalism, Virginia history, slavery, lynching, masonry, fashion, nonprofit management, tapdancing, website management, stinkbugs, and more.

Yet much of my online life is the study of friendship. Relationships. There is nothing impersonal about the Internet when most of what I do "here" is responding to and reaching out to others. Dozens of new people every week. Some stay, some come and go, some I meet for realsies, and some I have a relationship with for years without meeting. The phone, and Skype video fill in larger and larger gaps. Between email and blogging and the forum and all the other messaging it is a lot of people time.

Because my life is somewhat "public" I also keep a great deal of it off the Internet. Less than I used to, but I still have a certain sense of what is mine to share and what is my family's or that of my friends that ought not be shared between them. Most of my longtime friends, and those in my town, don't read my blog or "follow" me - although it is easily accessible I'm always surprised when they do. So the more Internet-based the relationship the less likely to stray into that life that isn't "public," but not always.

Yesterday I was talking with a friend (one I consider both a personal and a colleague friend) about friendship and it started a cascade of introspection. I realized that I no longer look at, or will speak of, virtual friends as less of a relationship than so-called "real" friends. It just isn't true any more. It's a false distinction. Did we say that of Victorian letter-writers? Of Emily Dickinson and Mr. Higginson?

How about "friends" in the advocacy world? My friend warned, rightly, that it can lead to being co-opted and seeking to be nice and liked instead of heard and respected. I'm ruminating on that. When I started on my advocacy work I was not friends with anyone - had never met them except by their writing or reputation. Years on now, and I know lots of people in the field: researchers, clinicians, and advocates. I've made friendships, some of them extending into common interests and companionship far afield from eating disorders. Does that make me a better or worse advocate... yes, and no, I think. The risk is there - that I soften up on someone's ideas and actions because I know them and care about them. It has happened. And yet this could be a strength, because with a friend I have a sense of how far the issue can be pushed before it becomes Pyrrhic, and I also know that the relationship itself is a mutual investment.

I continue to believe it is possible to separate ideas from people - and respect people whose ideas I disagree with and continue to work against.

I've also lost friends. People I really did feel I had a relationship with bigger than our common ED interest, but lost the friendship over real differences of opinion or policy. These continue to pain me, of course, with a sense of loss and my own failings. I'd like to earn those friends back, completely outside of ED work, just because I respect and like them. It'd also be nice to have their professional friendship back, as they do good work, but it's secondary.

My processing is midstream on this issue. One thing I realize already, though, is that it is the friendship over time with that particular person who prompted this rumination that made the critique credible and urgent to me. Without that relationship over time, with humor and meals and beer and arguments along the way, that may tip the balance to my inclination that it is the relationships - not just the ideas and principles - that do the work, but only if the ideas and principles are rock solid and not even for friends will they be concealed or softened.
Email Post