Modified Maudsley - what's up with that?

The term "Modified Maudsley" is way too common. Unfortunately, it doesn't seem to mean what you think it means.
The word "Maudsley" is used in way too many ways - many incorrectly - already. So is "family therapy." "Modified Maudsley" just muddies the waters even more. I really want to send everyone to the Naughty Chair while I come up with some clear terms for all these things and then make everyone use them. 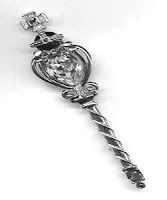 If I were Queen:
That should clear things up so we at least were all using the same terms for the same ideas.
Email Post
Labels: family therapy family-based maudsley family-based therapy maudsley approach